This game was played in episode 252 and 253 of The One Shot podcast! Which can be found here for audio enjoyment!

From the back cover, the entire premise of the game:

“Here you are, your bosses lie dead on the floor, blood pooling under their cloaks and mighty swords. A shattered wand is spread like used toothpicks all around the big bad guy. They led you in, they defeated great monsters and solved complex puzzles to reach this, the treasure room. The den, the throne, the place where the monster sleeps, surrounded by its hoard… The rumored fortune! Gold, jewels and the most magnificent fabrics.

But your heroes could not have been prepared for what would wait here, protecting such delicious riches. They fought valiantly while you cowered near the door. They were hit with mighty fists and claws as you cheered them on. You ogled at the magnificent gemstones that lay about. They suffered the blasts of explosive magics! And they died just as the monster fell, but you survived. But what now? The heroes have perished, beaten to a pulp. Your defenders lie in their tattered armor, broken bones, and blood. There is no time to give them a proper burial, you must run!

Escape this wretched place, each with a bag of gold to pay for your efforts thus far. If you can bumble and flail your way out of here, this entire ordeal may have been worth the effort!”

Runaway Hirelings is a tabletop role-playing game about hirelings escaping a dungeon, where the dungeon is created as they are escaping it by all the players and the dungeon architect (aka Dunarch, but gamemaster works as well). These hirelings have specific skills which are useful in specific instances, but fighting isn't even an option they are so bad at it. So the trap-poker may just have to set off some traps as they go rolling down the staircase if they want to stop an ogre from pursuing them into the next room.

If you have any questions about the game or have played it want to share your story with me, you can either comment here or find me on Twitter!

In order to download this game you must purchase it at or above the minimum price of $8 USD. You will get access to the following files:

We played a whole PbP with this over on rpg.net, and it was brilliant fun (somehow 3 out of the 4 starting characters made it to the end). Simple, light rules that reward world-building.

I saw that! I thought it was so cool what yall did and played. I hadn't thought of how it'd do as a PbP so I was impressed.

Also I am glad you enjoyed it! :) i think the day i saw the PbP thread was the same day I hit a sales milestone and cried xD

Awww! I'm sure Archie cried at points too (when that dragon urinated on the party, at least...). :D

It was a pretty perfect fit for PbP, both in terms of tone (I find lighter, more comedic games work better in PbP myself) and rules.  Plus, it's the sort of length that makes it actually possible to finish as a PbP (with a few lucky dice rolls anyway!). 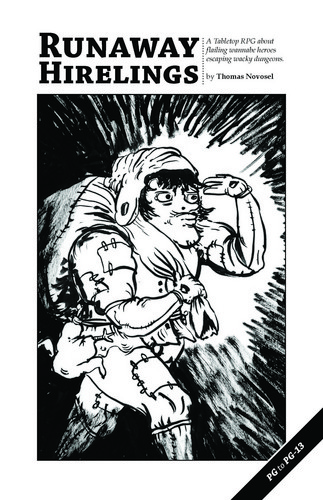 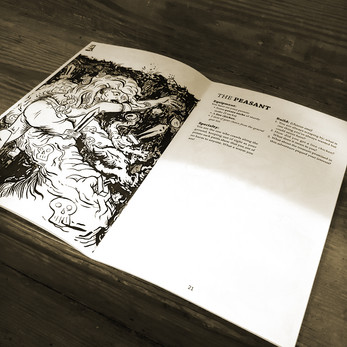 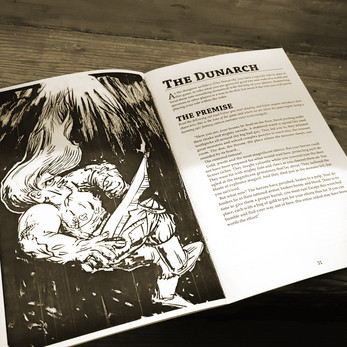 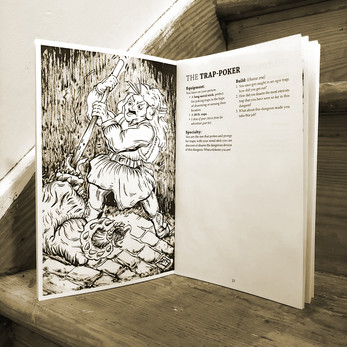